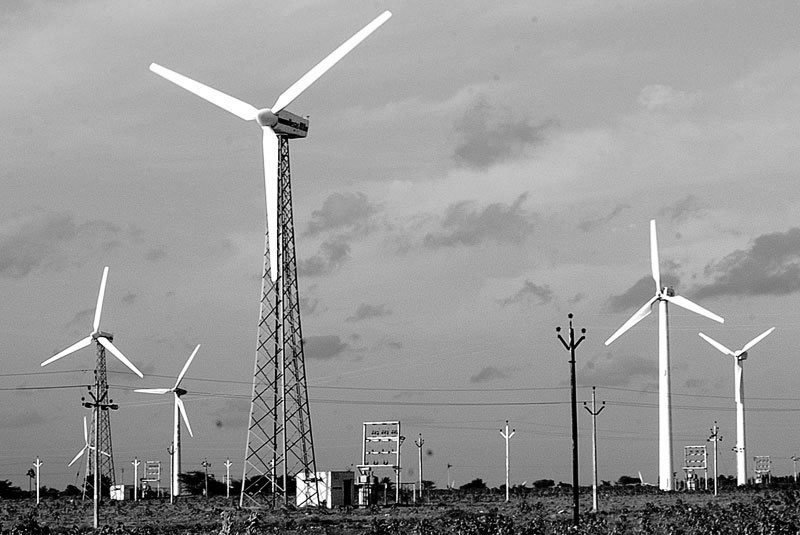 Wind power is a good source of electricity because of its renewable and constant replenishing nature. While retaining yarn as its mainstay, Shiva Mills Limited has ventured into captive power, becoming cost efficient by combating uncertainties in the availability of energy. The company has installed 22 wind mills, having cumulative capacity of 10.65 MW in the best windy sites of Tamilnadu. This produces around 20 MU units of green energy, being utilized through captive arrangement.

Initially in the year 2004, we have started our first wind farm project at Sankaneri in Tirunelveli District of south Tamilnadu, by installing 5 Nos of 1250 KW wind mills, in one of the largest and predominant wind park in the state. Then during the year 2005, we have installed 16 more wind mills in Palghat pass near Palladam, having capacity of each 225 KW. We have well-trained team of engineers and staff for operation and maintenance of these wind farms to achieve maximum generation. Later during the year 2010, we have added one more wind mill of 800 KW, with latest technology, near Dharapuram.